In the last six months, something began to build inside me. A bug. A feeling. An intuition.

While I was working at the best job I have ever been at (and probably ever will be at), I still began to feel it. A scratch. An irritation. This feeling was the growing thought that I had something more to do, and that if I sat in my comfortable desk chair for the next five to fifteen years, I would look back at my life and come to the conclusion that I had never tried it. I had never taken a risk. Not a “I went to a different job risk”, but a hair splitting, I-don’t-know-if-I-can-feed-myself-in-a-year risk.

Quitting was the hardest thing I’ve ever had to do. We were growing at incredible speeds. We had an incredible work environment. We had amazing SEO support, with a large budget. Our company supported an entrepreneurial spirit throughout that allowed me to deep dive in PPC, CRO, and affiliate development to learn, grow and get better at what I did. But in the same ways that it was incredible, it also made me comfortable. And when I began feeling comfortable, I knew I had to quit.

I want to be scared shitless at all times, and trust me, I’m scared shitless. What comes next? Will I be able to build the company I’m dreaming of? Will this entire thing implode in my face? I’m not sure, but I know that when I look back at my life when I’m 50, I will have no regrets, because I tried. I tried when I was ready to try and capable of trying, and if I burn down in a flaming ball of explosive excrement, at least I know that I gave it a go. It’s going to be damn hard, it’s going to be lonely, and I’m probably going to slam my face against the wall eight times in anger to figure out just what the hell I’m doing. But I know in my fear, I will also experience happiness in finally grasping that fear to pursue my dreams. I’m going to figure this out, and if I don’t, at least I know I’m sure I’ll end up forty times better in the process.

Although the bad part of leaving my job is now behind me, the good part is that I get to do more of what I love – writing. I’ll be here, telling you stuff I probably have no business telling you about, with a little more frequency than I have been previously. You might have noticed that the header now says “Digital Marketing”. While I don’t expect to move too far from SEO, I believe that I have more to share than the exclusive SEO-link building stuff I’ve talked about in the past, and that title may exclude many who otherwise maybe might have learned from the three cents of knowledge I have to give.

Job wise, career wise, company wise, I’m still not sure. My plan is not set. I don’t have an absolute vision. I’m going to think about it, and think about it, and think about it, but what I know for sure is that I’m now accepting clients across the disciplines of SEO, link building, CRO, social media, and overall digital marketing development. I’m open to local Los Angeles SEO consulting as well. I’d love to hear from you. If you have more to say, or an idea to whisper in my ear, I’m listening. I’ve got company ideas that will likely come to fruition soon, but I don’t want to shut things out in the pursuit of a greater vision.

Most of all, thank you for reading – and I hope you join me in pursuing your own fears soon. 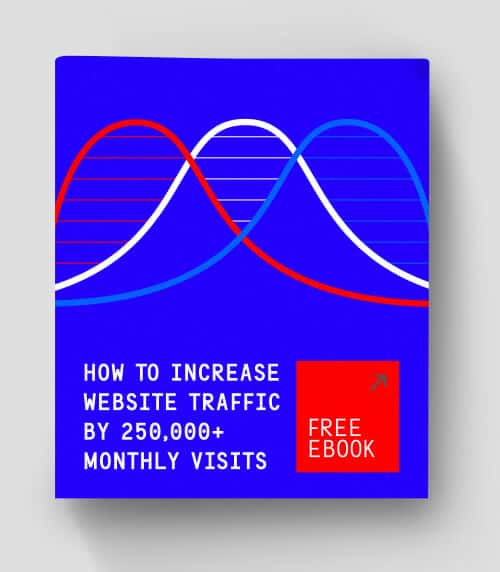 How to Train a Content Marketer in 90 Days or Less