Finding the right agency to improve your SEO and marketing efforts can be a challenging task.  There’s agencies of every size with various types of experience — so how do you know which is the right fit for your business?

Hi, everyone. I’m Ross, founder of Siege Media. Today, we’re going to talk about five things you should ask your SEO agency. If you’re working with an agency, you want to make sure that you’re using them in the right way, and also that they’re doing the right things that will set you up for success in an SEO campaign point of view.

Question 1: How Are You Generating Links?

One of the first things I think you should ask your SEO agency is how they’re generating links? If they’re link building for you, giving you a report at the end of the month, and you don’t really have an idea of how the bread is made, you should.

I’ve seen situations where people looked at how links were generated and it was too late. They basically were generated in aggressive ways, such as paid link building that could actually put their brand at risk.

Hopefully, that’s not your agency, but I would ask for transparency if there’s even any kind of ambiguity about how they do that. It’s something that could end up costing you in the long run for your brand and business.

Question 2: Why Are You Suggesting We Generate This Amount of Links?

It shouldn’t just be, “You need link building, so we’re going to get you 10 a month.” We specifically suggest to our clients X amount of links based on the market and the velocity of your competitors. If your competitors on average are generating 30 links, you probably should be generating 40. Whether 20 come from us, 20 come from the site organically over time and having that right setup, there should be a methodology and thought process behind it that backs into exactly how much work is being done.

If they simply say, “We’re doing your SEO and there’s some links as part of that package.” That’s an inefficient campaign. They might actually be good links, but at the end of the day if it’s not enough links, you can end up confused, you question the value of links, you’d question the value of SEO. Because people aren’t fundamentally thinking about the macro as close to the micro as well.

Question 3: Is There Anything You Don’t Do That Would Help Us With SEO?

There’s two types of agencies. For example, we’re an SEO agency but for the most part, stay away from technical. We have a few people on our team that do technical SEO, but we leave that for the million-page sites to the people that own and do that in a special way because we believe they will be better at it than us.

That’s not in our core DNA. We are the content marketing side of SEO, and SEO is no longer a single practice, it’s a holistic practice. Therefore, if you have one person just like we do SEO for you and it’s a national brand, they’re probably doing a bad job or doing a mediocre job at a lot of things.

Two agencies I really respect, and recently have seen, one by Rob Carey that just launched AnotherSEO. He specifically says, “I’m a technical SEO, we don’t do link building and content marketing.” Then another is Factorial Digital, who are also technical SEO with  their strategy.  I know they work with a lot of vendors to support the SEO campaign but they know what they do and they know what they don’t do. 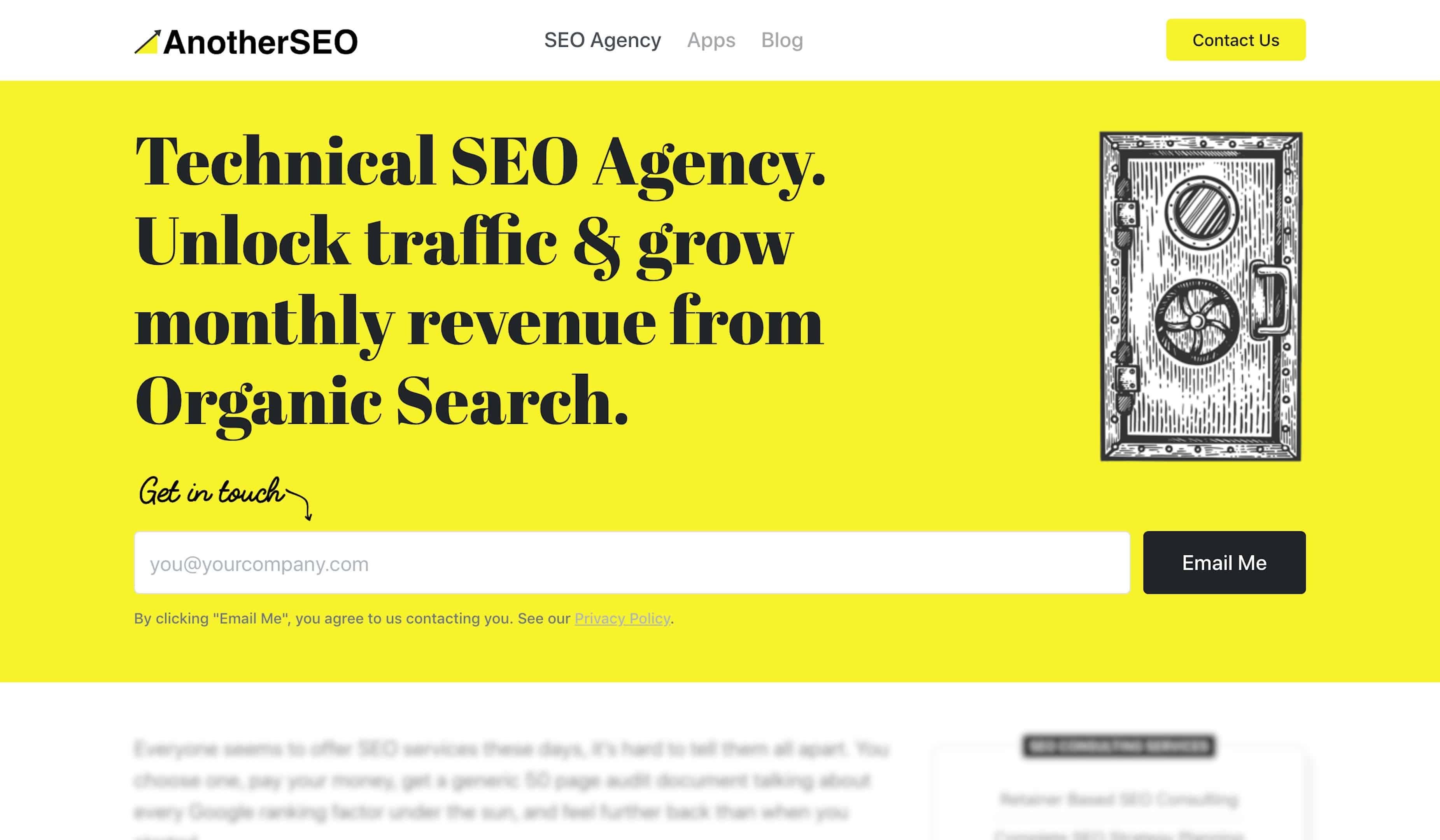 Anyone who thinks they do everything and will say, “Yes, I do that and yes, I am best for that,” is someone you should run from because you are inefficiently using your money in interacting with them in that way.

Question 4: Why Are You Being Reactive Rather Than Proactive?

But good SEO is continually improving your site. 99% of the time, a good SEO agency, when major updates will happen and even if you see a swing in traffic which could still happen, the narrative won’t change. It will be, let’s make our site better, let’s make it more efficient, let’s build more links to be a bigger authority.

That’s a proactive campaign, in order to realize that, it’s not reactive, that suddenly we got penalized now let’s scramble to fix something. Or rather, another thing is if you’re asking your SEO agency a lot of questions, instead of them being proactive in recommending things to you, that’s wrong. You’re paying them to be the experts, not you to be experts and direct questions at them.

It should be proactive, them coming at you rather than you coming at them 90% of the time with your requests.

Question 5: Why Are You Doing What You Are Doing?

The last question you should ask your SEO agency is simple: why are they doing what they’re doing? In general, some companies will have a one size fits all solution. That everything agency that’s SEO, they will probably going to be guest posting or paid link building and that works for everybody, or some other kind of mediocre generic work.

And that’s okay, but it’s not great work, it’s average work. It may works for some companies in less-competitive industries, but anywhere that’s worth its fruit, that will not compete at scale. So your perfect agency should be looking at you and suggesting a very tailored solution from a content strategy, an SEO-strategy point of view. It should not be one size fits all.

If your SEO audit comes out from month one to two and it feels like this boilerplate thing that they exported out of their SEO tool of choice, you’ve got problems and likely you’re getting that mediocre work that should make you question who you’re working with.

So in general, that’s kind of the full picture of what kind of questions you should ask an SEO agency. If you find hesitancy or blurriness based on what I asked you here, you might want to start questioning where you’re finding and allocating those resources and maybe disconnect them and find specialists in different areas in order to have the most fruitful SEO results that you need in today’s very competitive environment from a search perspective.

How to Become a Content Creator: Tips From an 85+ Person Agency